The May meeting was a fairly busy affair.

After much work Rod demonstrated his spectacular Amiga 1000 dance animation – “Miggy’s first dance”. This ray traced animation was developed using Blender on the PC platform with the help of three linked i7 PCs. Please see below for the video. He is now planning to render an animation on his Amiga using Lightwave. Rod also brought in his camera and Video Toaster setup. After much effort which involved converting his PAL A2000 to an NTSC machine, his Video Toaster 4000 is finally working! We were given a short demonstration of the Video Toaster capturing live video as well as a simple render in Lightwave. Rod is still experiencing some technical issues with his Video Toaster but we are hoping that this will be sorted out over the coming weeks. 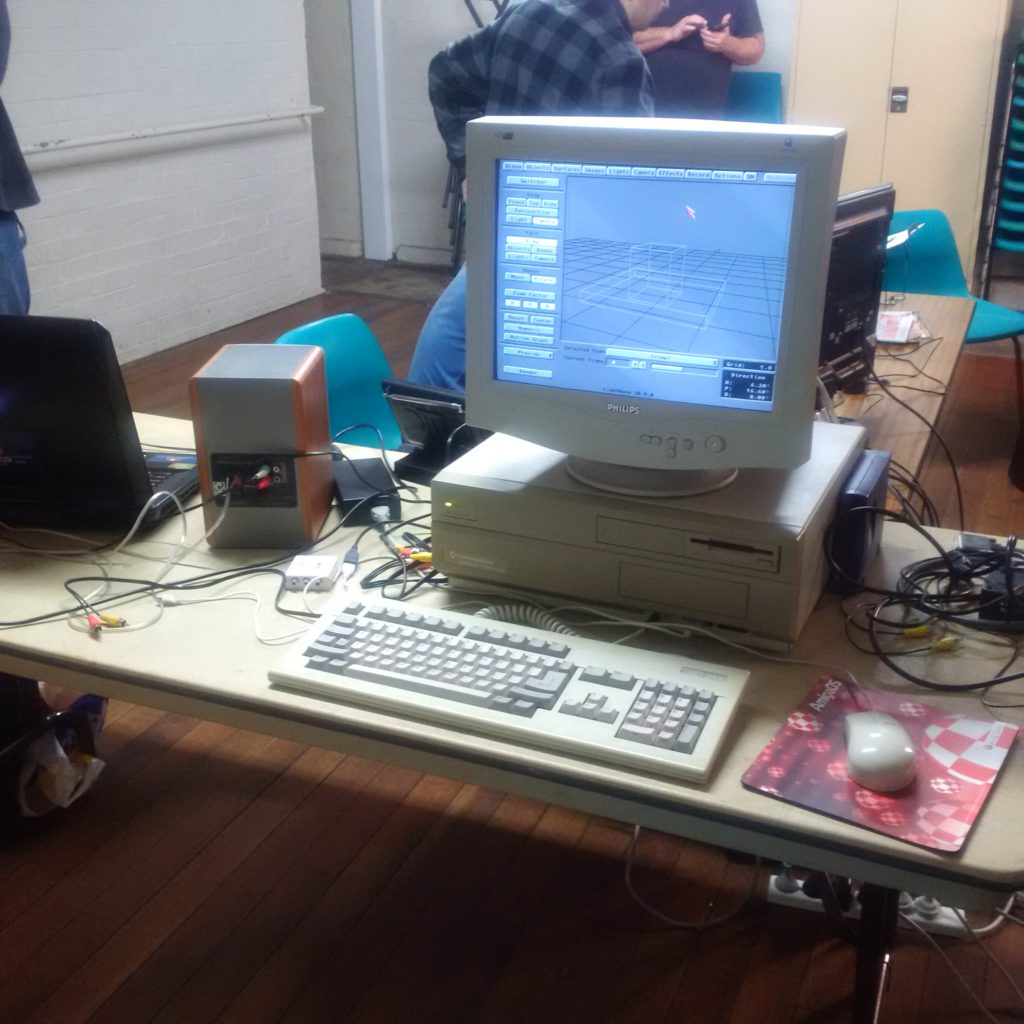 Lightwave scene wireframe on Rod’s A2000 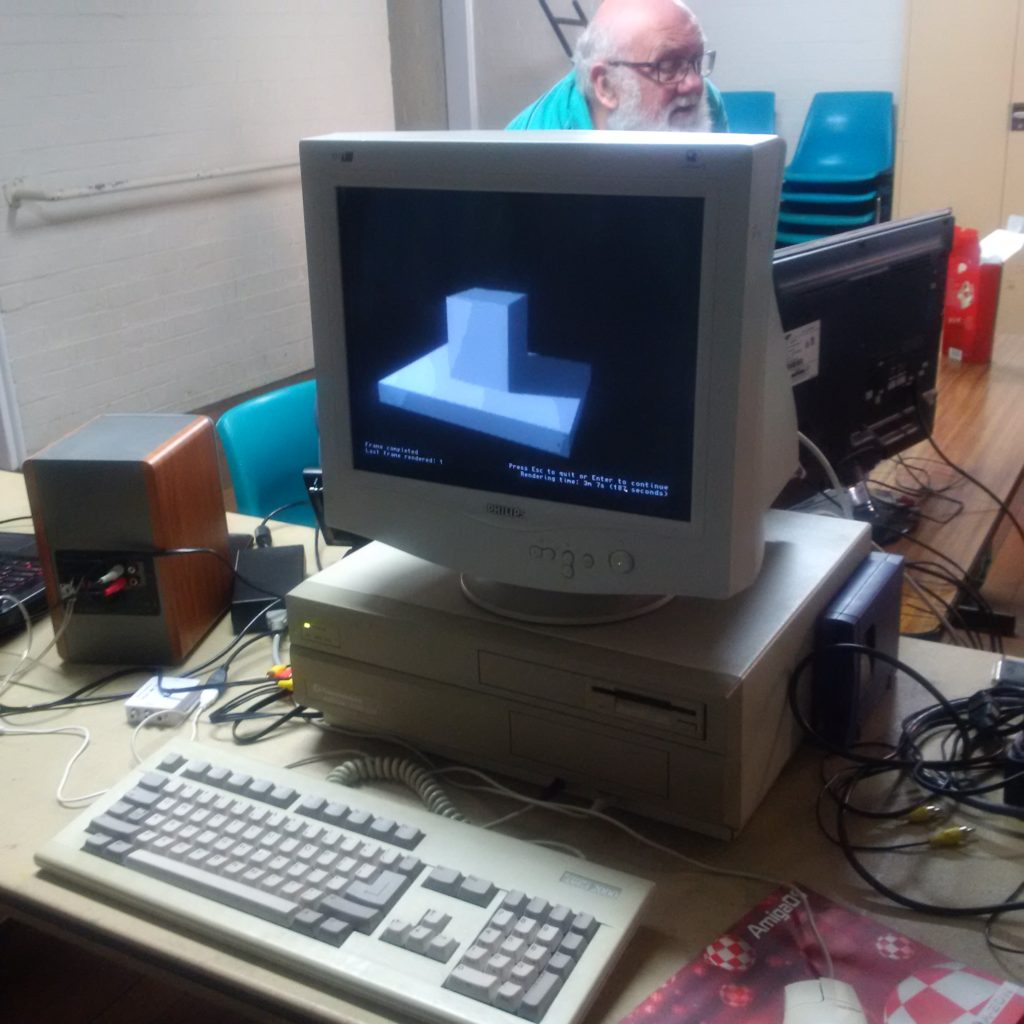 Lightwave scene rendered on Rod’s A2000

Michael brought in his MT32 once again, this time with appropriate audio cables. Thanks to Rod’s speakers we were finally able to hear MT-32 MIDI music as featured in Sierra games on an Amiga!

Michael also brought in his A600-in-a-briefcase which he was hoping to setup with two Indivisions for an Amiga dual screen setup as seen in the video below. Unfortunately we ran out of time and plan to continue this next month. 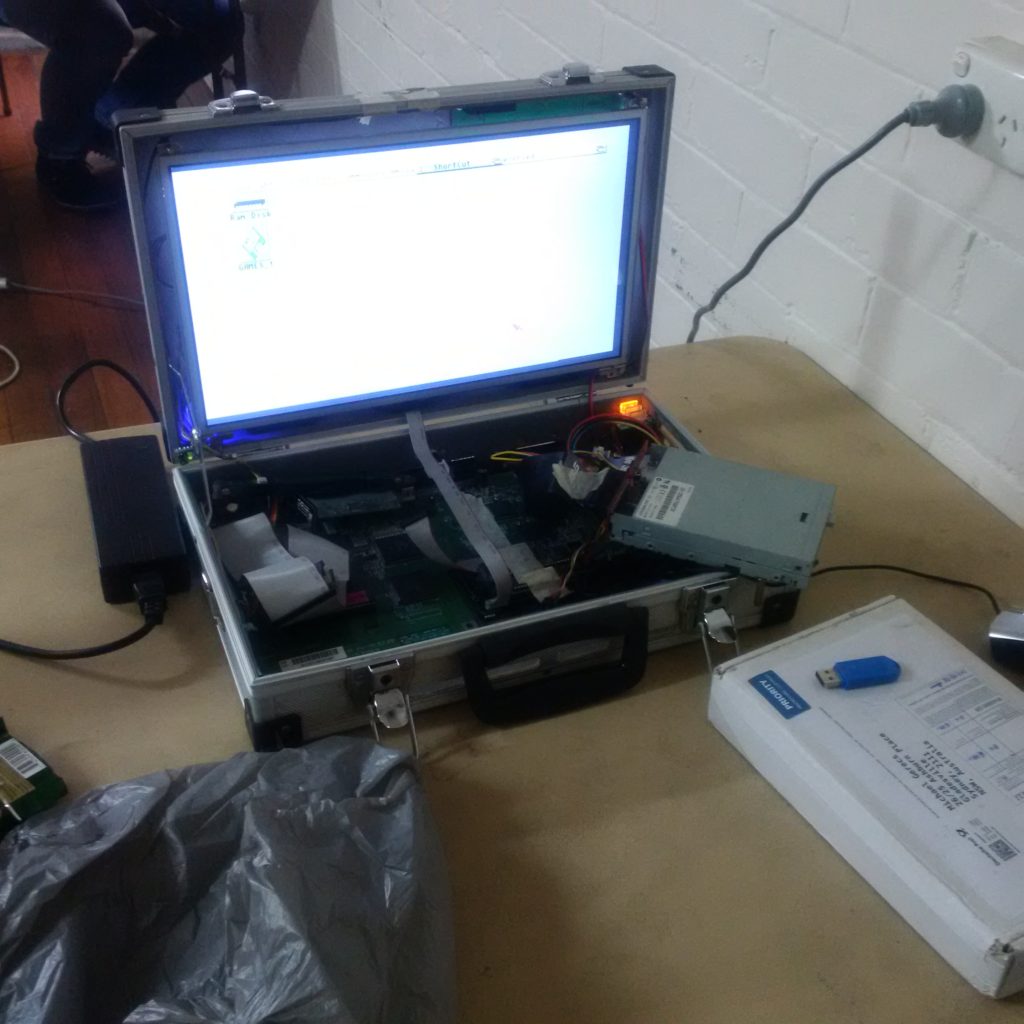