At the April meeting we attempted to connect Michael’s newly acquired Roland MT-32 to Ross’ Amiga via a MIDI interface. The aim of this was to listen to the soundtracks from some Sierra games which were probably the only Amiga games that ever supported MIDI.

The connection was successful and we were able to see that the MT-32 was receiving MIDI messages. Unfortunately we did not have any suitable audio cables for the MT-32 and weren’t able to hear anything! Hopefully next month..

Ross brought in his recently repaired and re-conditioned Amiga 2000 and Stu had his heavily upgraded A600 on display. 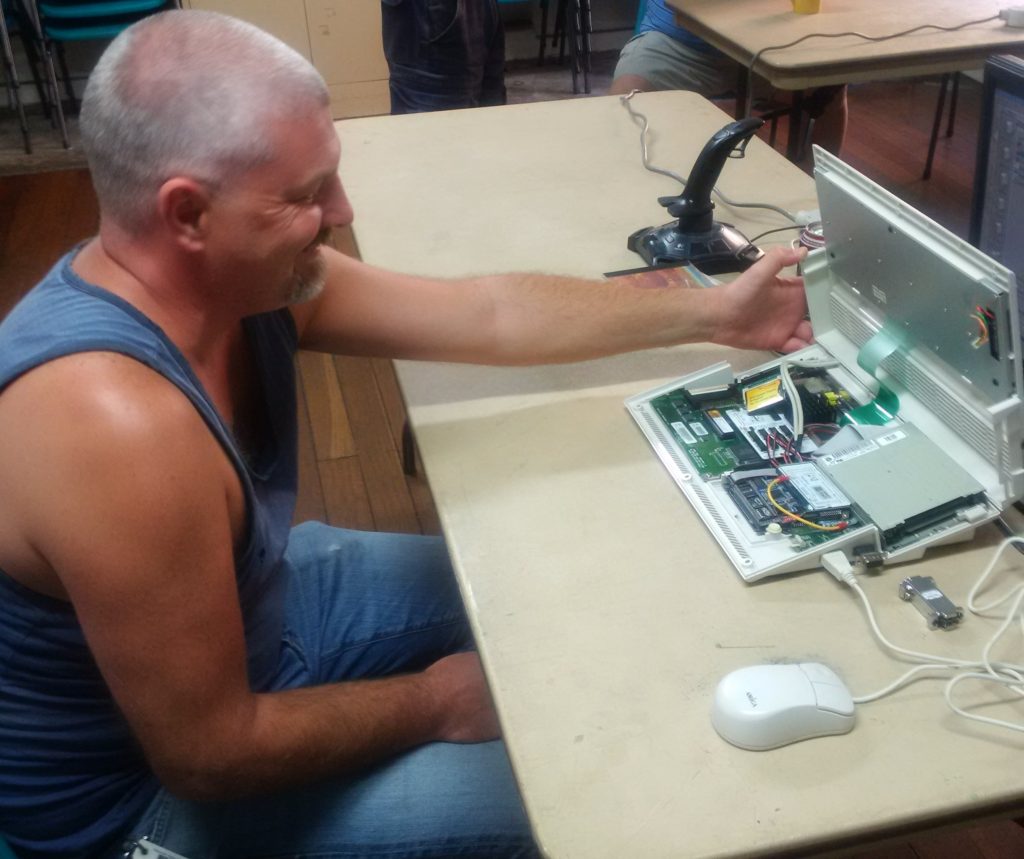 In other news, a number of our members (Stu, Rod) have been advised that they will soon receive Vampire accelerator cards! They hope to have these in their hands within the next few months for show-and-tell.