After a busy meeting in May, the June meeting was a fairly relaxed affair.

There was one small exception however – SAUG member Stu brought his long awaited Vampire 600 accelerator card!

For those that haven’t heard, the Vampire is a new line of accelerator cards for the Amiga 600 and 500 that includes a variety of new features including:

As can be appreciated, this accelerator has the potential to completely revamp an Amiga. It is especially useful in compact machines such as the A600 and A500 which normally require a lot of add-ons and possibly some hacking to add all these features. 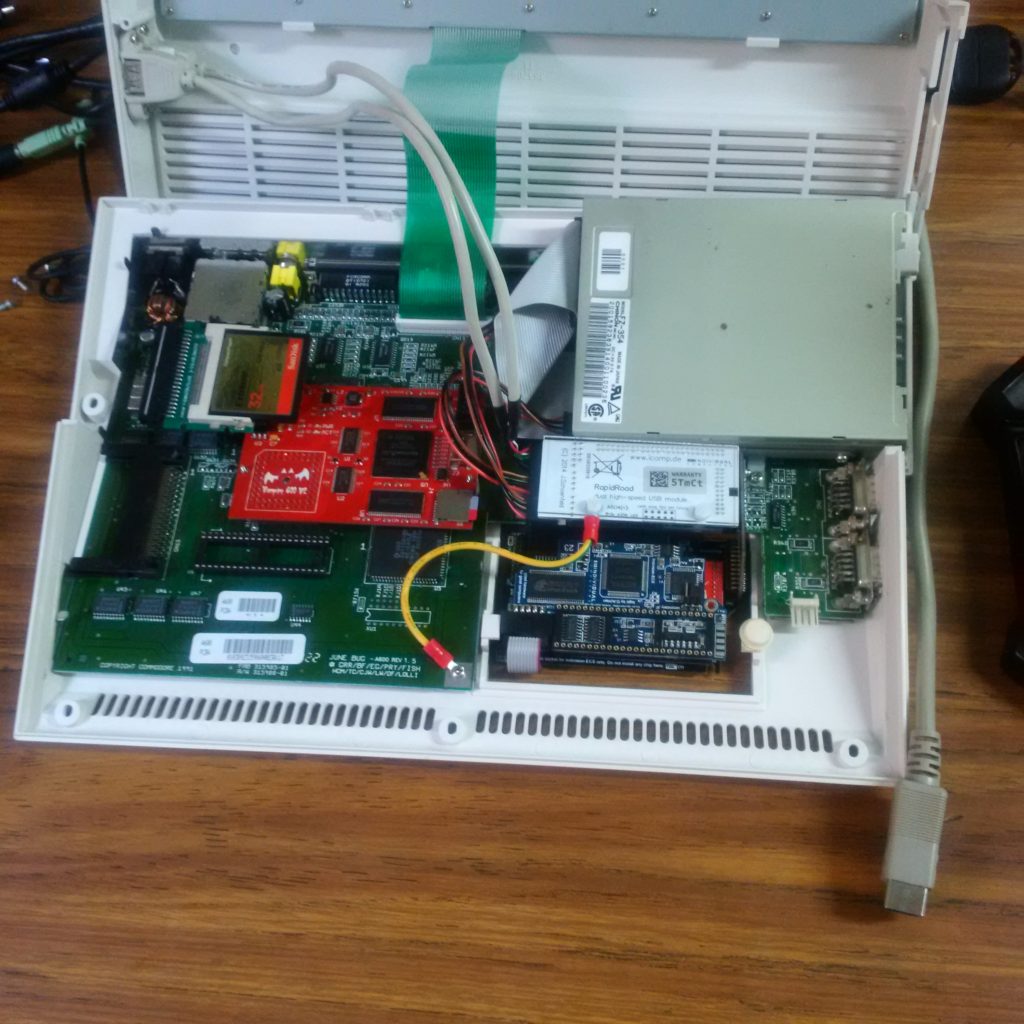 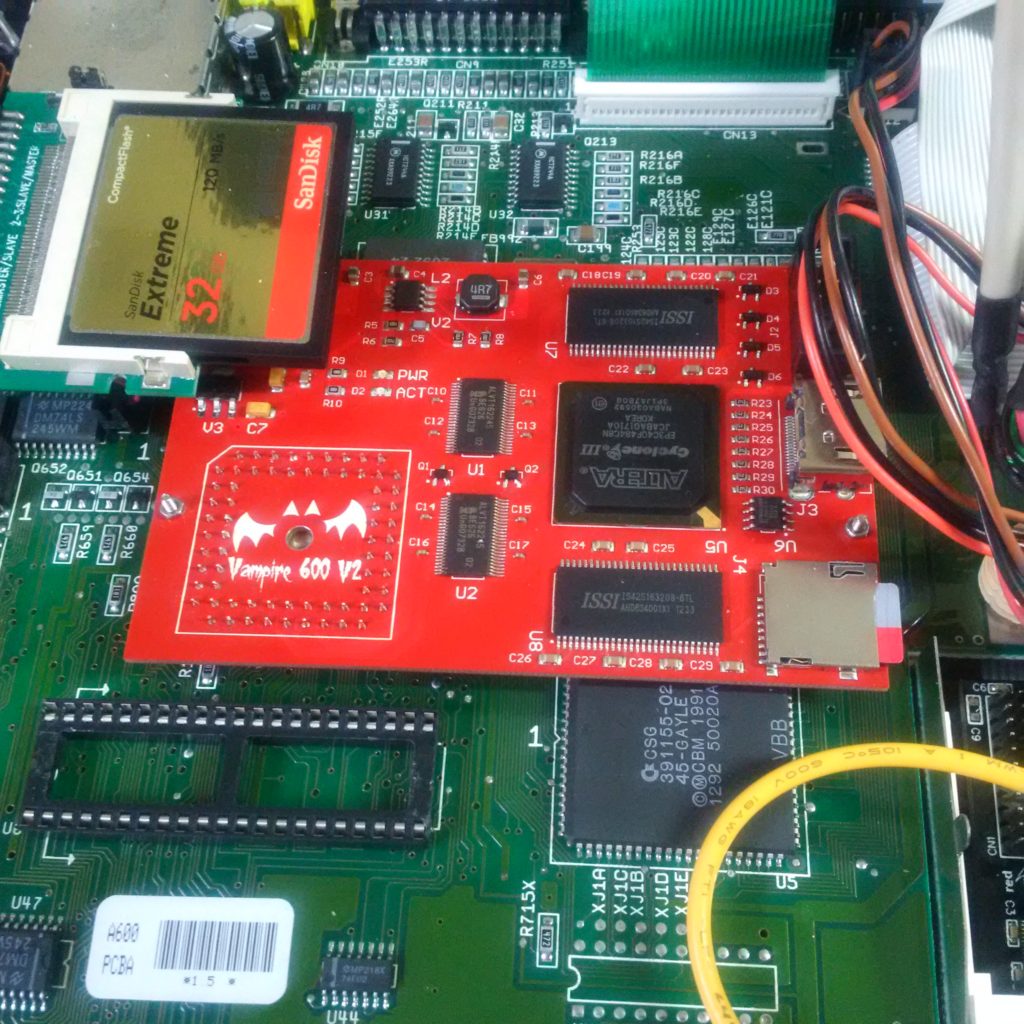 Having just received his Vampire 600, Stu had not yet had much of an opportunity to test its potential. However we did manage to get the arcade version of Outrun running using the original ROMs and at full speed! 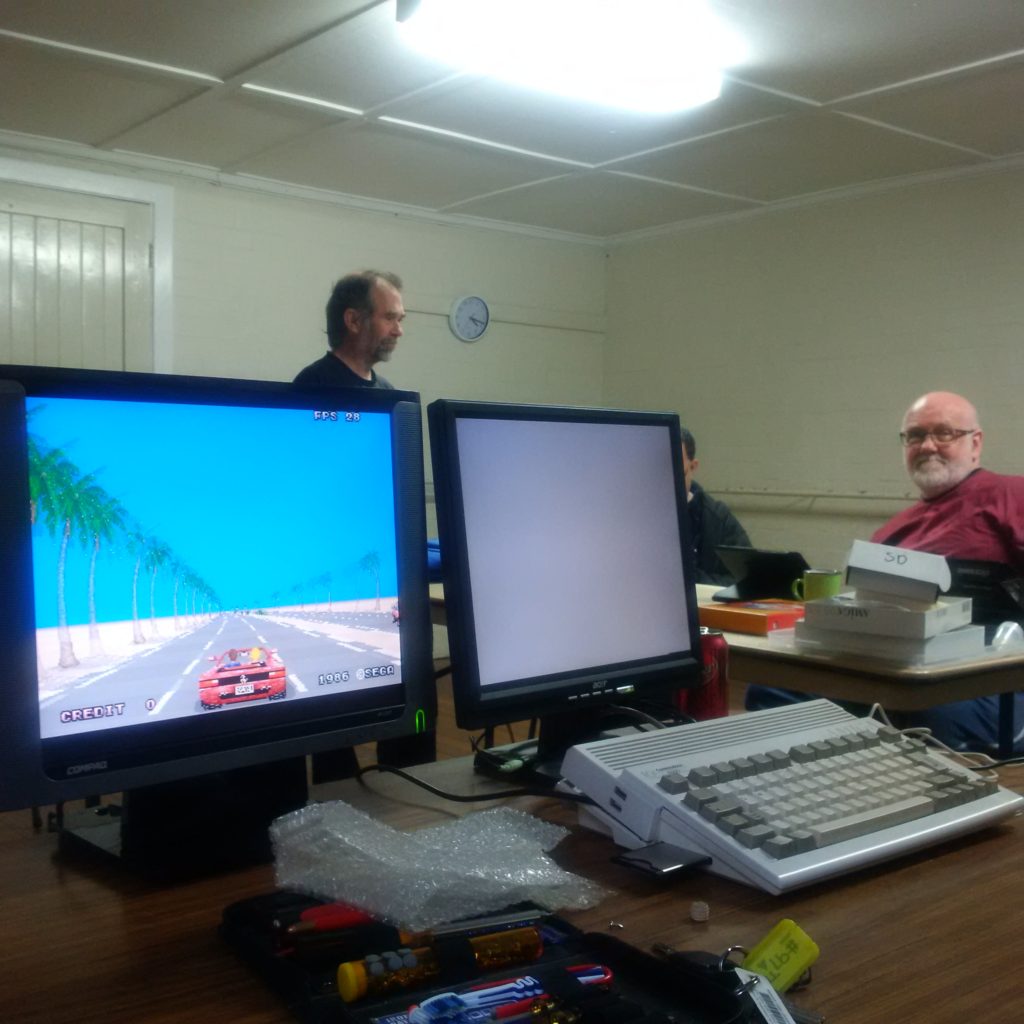 Arcade version of Outrun running on an Amiga 600

For further information on the Vampire accelerator see http://www.apollo-accelerators.com/